History of circus art told through the personal stories 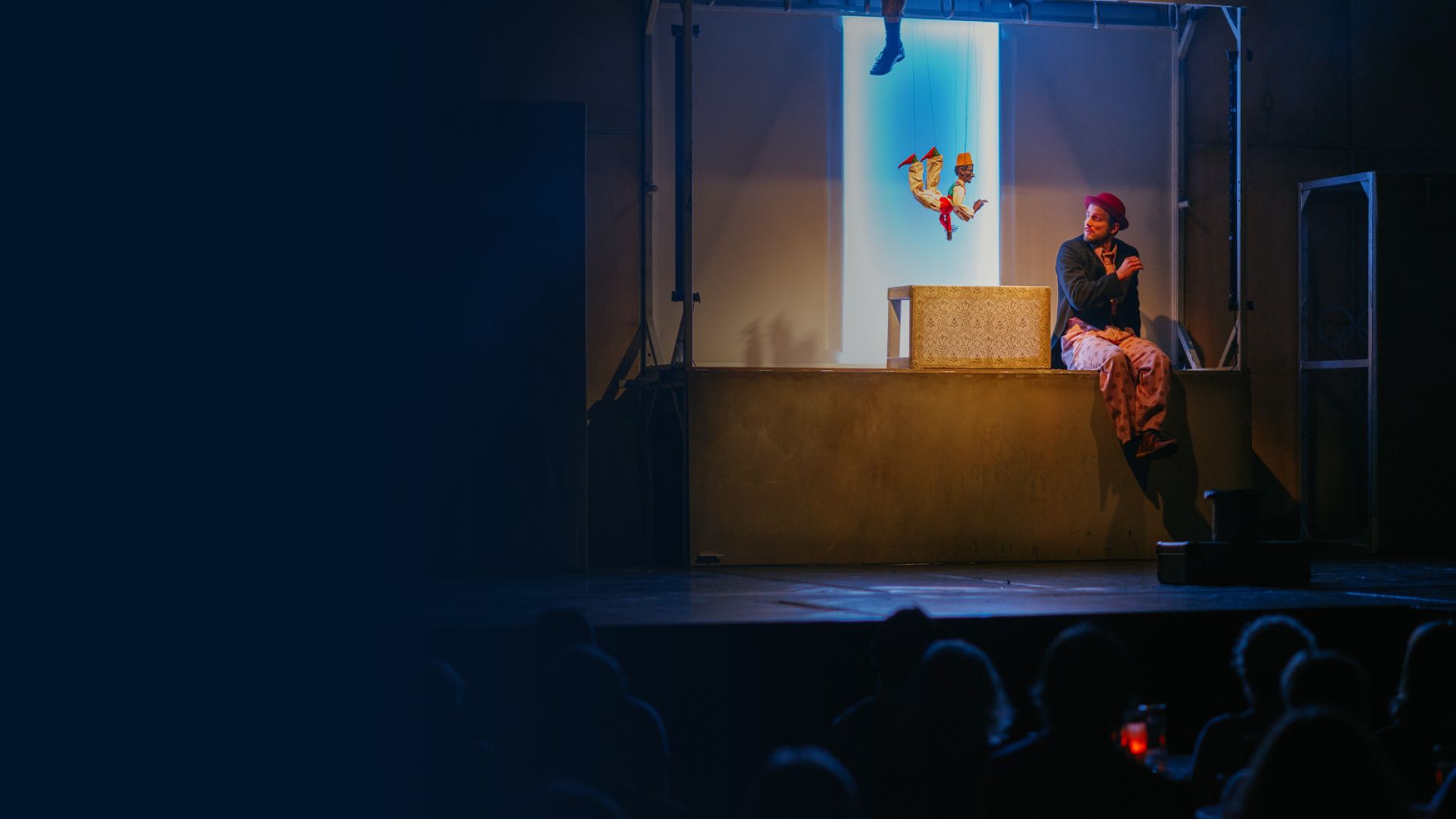 A poetic and at the same time rough history of circus art told through the personal stories. The way how each of the protagonists got to the circus differs from person to person. They are meeting on one stage. Contortionist, strict ringmaster, dancers, puppets, and horses. The first half of the production shows the development of the circus from the beginning of the 20th century to 1989, the year which was a turning point for many members of the creative team. The fall of the Iron Curtain is also a linkage between Cirk La Putyka and the prestigious cabaret Chamäleon in Berlin, for which the performance was created. The second part is inspired by the life stories of the protagonists, some of whom have directly studied circus art, while others have worked their way to the circus career for example from professional sports.

Roots represents a second part of trilogy Family Roots in Black Black Woods. Director Rostislav Novák was reached for collaboration by the Chamäleon Theater in Berlin, for which he made a tailor-made performance with an international cast. The sg´how was performed more than 180 times over a six-month period and later successfully brought to Jatka78 stage and orher places across Europe. For the ensemble, the show was a valuable experience with daily engagement and the way foreign production works.

Anna Nováková Kopecká, Rosťa's mother, for lending the family heritage, and families of all people involved for the deepness, from which our stories can grow

"The viewer (…) can be cynically benumbeb with all the reliable acrobatic performances, forgetting how much courage and diligence each requires. However, Roots are performance that runs directly between the guest tables."