Circus in a dewy pint 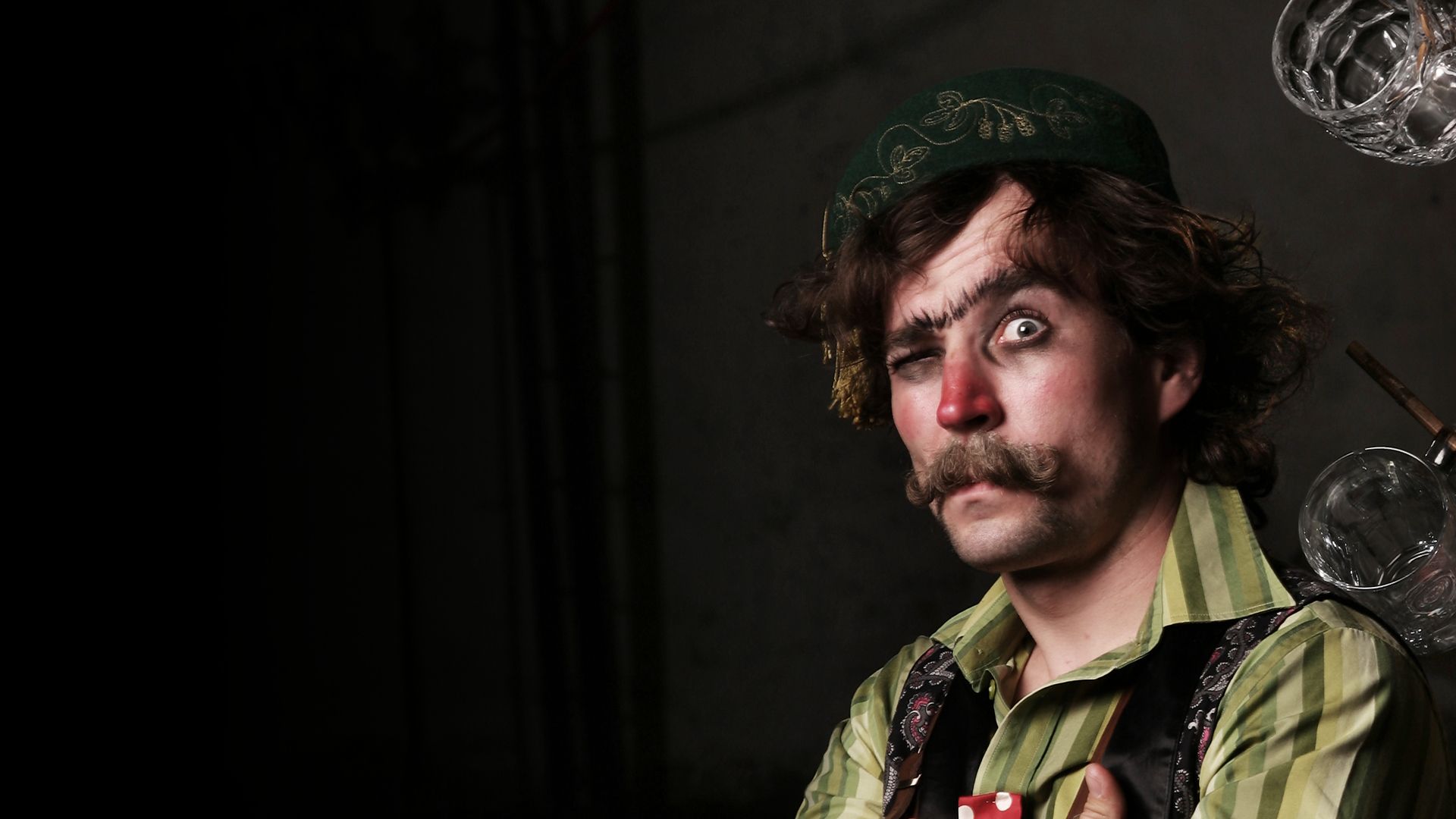 Snapshots from an (extra)ordinary Czech pub. A love story, a brawl, staggering of regulars, and a creaking band under the control of an odd innkeeper. Acrobatics, dance, puppets, sport performances and live music poured into one new circus glass. Pub fantasies and changed reality in which the laws of physics cease to apply, and guests are witnesses but also originators of unexpected acrobatic, musical and movement phenomena.

In 2008, when Rostislav Novák had organized his first physical theatre, dance and circus workshops, a group of people got together for whom the new circus was really new. They were connected with enthusiasm and desire to try new approaches. After months of preparation, first staging came with unexpectedly positive response. On the personal and organizational basis of the performance, later the Cirk La Putyka company was founded.

2009 – nominations for Alfréd Radok award (Production of the year, Stage music, Talent of the year)

"La Putyka offers great entertainment, where one act flows into another, idea pursues another one, the audience has no chance to get bored, and artists are real masters of their field."