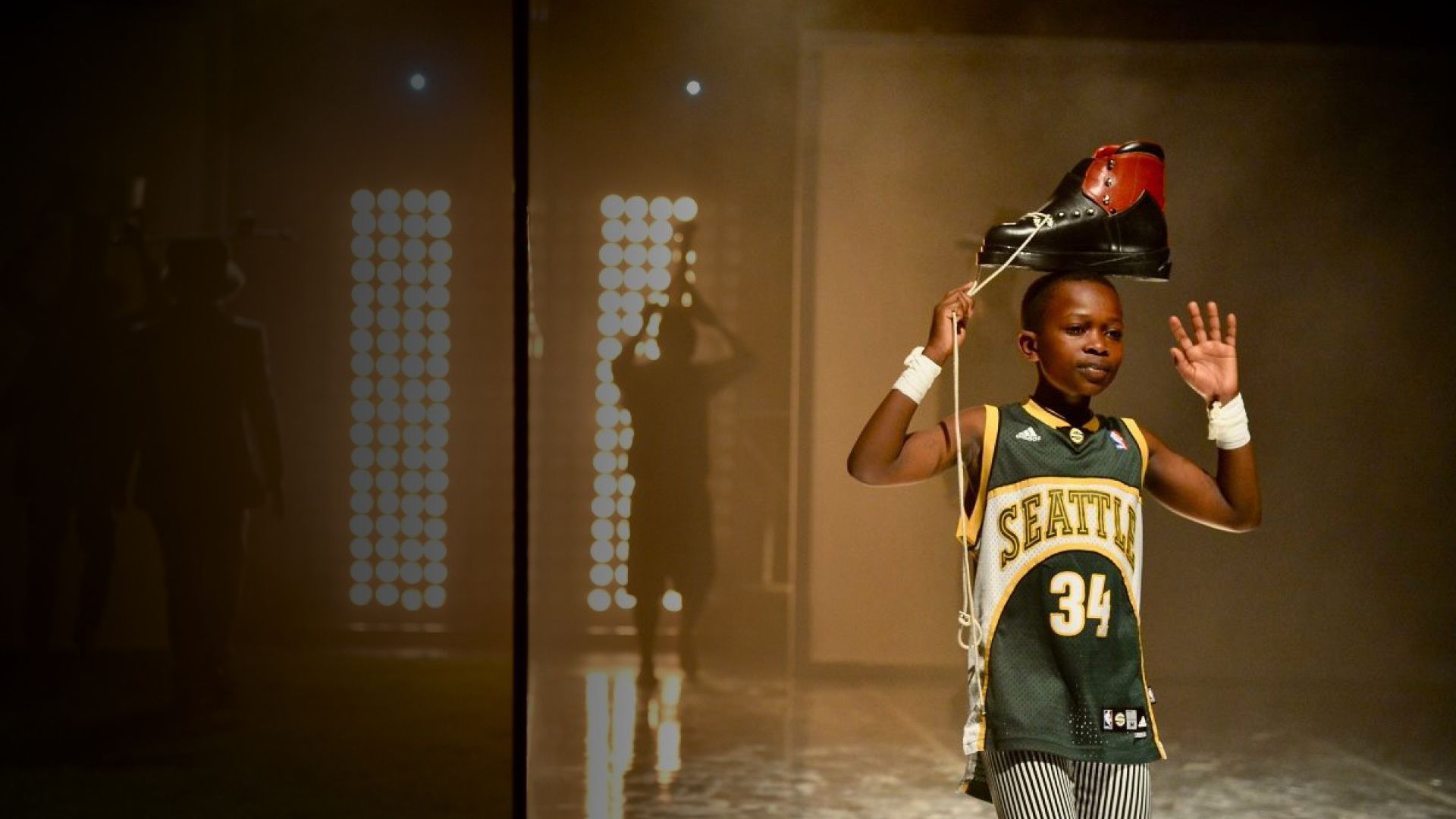 Hit is a project about cultural hits - the hits between two different poetics, those of Cirk La Putyka and Future Vision Acrobat. Hit is about prejudice. About dreams. Hit is a celebration. Hit is about mom. About a smile. Hit is something that makes sense. This unique project brought together acrobats, dancers, performers, and musicians from Rwanda, Czech Republic, France, and Canada. On an uncompromisingly halved stafe, half grassy and half evocative of the discotheque floor, ten Rwandan boys and young men with troubled fates met with dancers, acrobats, and musicians from the rich West. Who is rich and who is poor? And how strong is the boundary between material and spiritual happiness?

The performance was built on the collaboration of Rwandan company Future Vision Acrobat, Cirk La Putyka, and team of documentary filmmakers who were maing a film about the Rwandan artists. They invited Rostislav Novák Jr. to organize a circus workshop with young acrobats in the town of Gisenyi, right on the grassy beach of Lake Kivu. From the original idea, it wasn't far to start an extremely daring project – to bring Rwandan contemporary circus to Prague. A performance was created whose premiere and other dates at the Letní Letná festival sold out a big top, and one year later, along with a documentary film, electrified spectators in Prague (Jatka78), and the International Film Festival in Karlovy Vary.

"When all the Rwandans are on the stage, the energy is spouting and stirring the audience, with standing ovation in the end."