Play on the border of word, motion, and work with the metaphor of matter and music 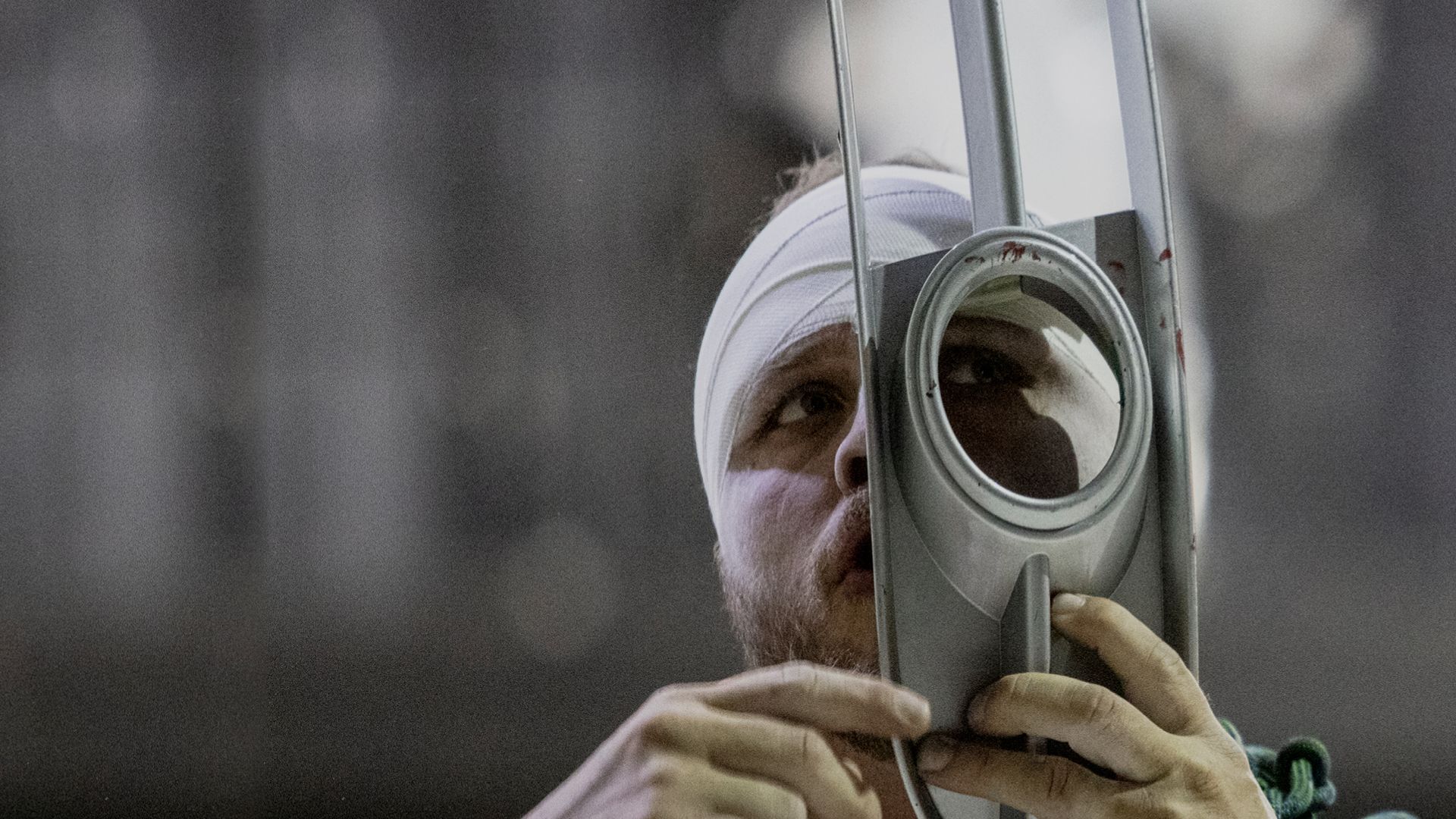 A duet of two lifelong friends and outstanding personalities of Cirk La Putyka, Jiří Kohout and Rostislav Novák Jr., who, under the direction of their former classmates and collaborators (SKUTR), find themselves in new and unusual roles.

Sick and surrendered, Don Quixote, refreshed by the energy of Sancho Panza, sets out on a new pilgrimage. He experiences adventures, which are perhaps only a reflection of memories of past times. He runs away from the last battle of his life, the battle with the Knight of the White Moon. Faithful friend Sancho Panza is again by his side. Both of them experience adventures on the stage of the world again, an unspoken but true friendship, and an unfulfilled desire for an ideal woman. The traveling couple, two characters and two possible attitudes to life have been reflected in our life and times for 300 years. The archetype of wandering thus actually represents searching for their meaning.

The original project Don't Quijote on the border of drama, movement and puppet theater is a continuation of the free creation of the SKUTR tandem. It builds on the successful international project Storm. This time, Jiří Kohout and Rostislav Novák enter into cooperation. It is therefore a balancing project and a follow-up to previous cooperation (SKUTR, Novák and Kohout worked together on the production La Putyka, after which the Cirk La Putyka company was created). Apart from personal memories and experiences, it is inspired by one of the most important European novels, The Ingenious Gentleman Don Quixote of La Mancha, by Miguel de Cervantes y Saavedra.